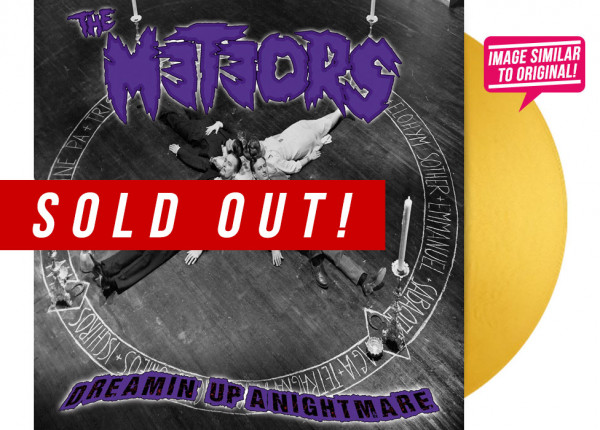 Description Evaluations 0
Description
SOLD OUT! THE METEORS – "Back to hell we go"! THE METEORS were formed in 1980 in a... more
Close menu
Product information "METEORS, THE - Dreamin' Up A Nightmare LTD 12" LP - GOLD"