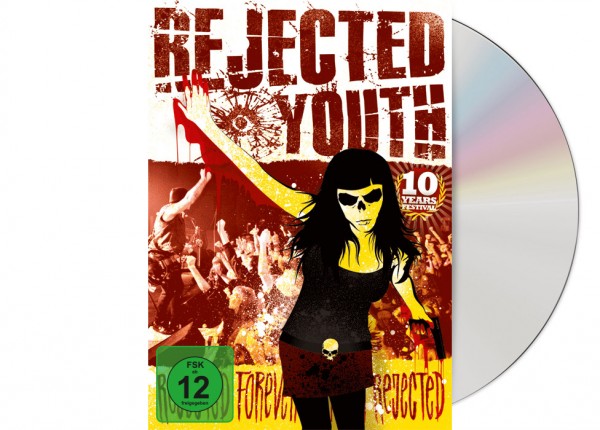 This live DVD called „REJECTED FOREVER FOREVER REJECTED“ was not just recorded at one of REJECTED YOUTH‘s numerous shows, but it is a documetary on the „TEN YEARS REJECTED YOUTH“ festival. Over 700 people came to the K4 hall in Nuremberg on October 3rd to celebrate the 10th anniversary together with the Rejects. The special thing about this show, is the fact, that absolutely all of the guest singers who had been a part of already released albums, performed their album-part live on stage. This had never been done before and made it possible for the band to - for the first time - present the songs live in the way they had been recorded. Additionally to the 20 tracks on the 60 min DVD there is a recording of the RADIO-Z interview, a gallery including over 340 - mostly exclusive - pictures. This DVD is a great memory for all of those who were at the show and for all the others to get an impression of this amazing anniversary... and all this at a special price!