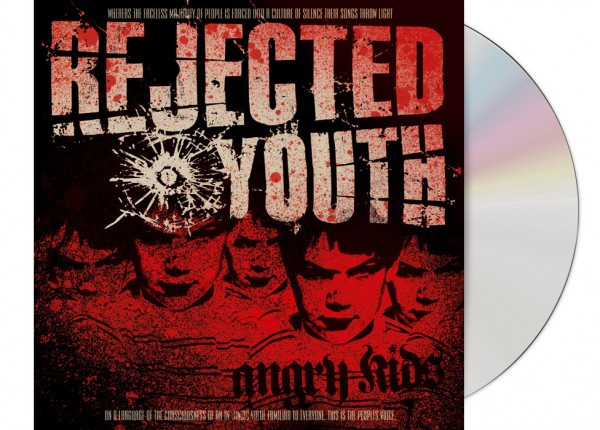 REJECTED YOUTH‘s second longplayer (original release: 2005) has totally been sold out for a very long time. Now here‘s the reissue of this classic piece including lots of bonus stuff. Besides the regular 16 „Angry Kids“ tracks, you´ll find a previously unreleased song which was also recorded 2005, 5 demotracks taken from the „Angry Kids“ pre-recording sessions, the Bad Boys Attack videoclip, desktop desings for your PC, all songs as MP3 version and several bandphotos taken around 2005 on this CD.

The Punkglobe magazine wrote in 2005: „Rejected Youth are one of those bands you just have to love. Although we are only in the beginning of May I dare to say that this is one of the best punk albums coming out of Germany in 2005. With a wild mixture of styles, “Angry Kids” is just as perfect for the pogo party as for the barricades. The lyrics, penned by singer Matze, really stand above the ordinary. For instance when covering issues like Vegetarianism, Religion, Fascism and Globalization; Rejected Youth are as far from clichés as you can possibly come. ... And the songs are not all about politics; just check out “Aquas Calientes”. One of the best punk rock love songs this year. No doubt.“ Still got questions?!