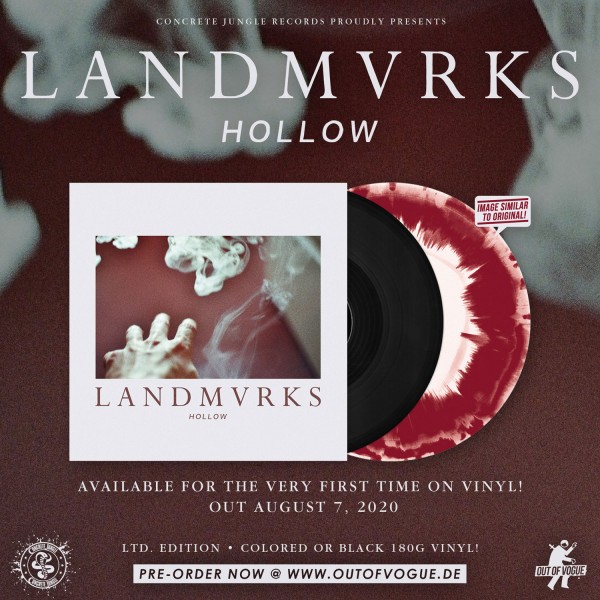 In 2016 LANDMVRKS already set the bar for their career with their debut album - a mixture of metalcore, hardcore and forward-looking lyrics. For the very first time the album "Hollow" will be released on vinyl via CONCRETE JUNGLE RECORDS in a limited edition of 500 copies. The pre-sale for the album start now, which will be available on August 7, 2020 in a black vinyl 180g version (300 copies) and in a coloured A-Side/B-Side-Effect 180g version (200 copies) to celebrate the 4 year anniversary of the band's milestone!