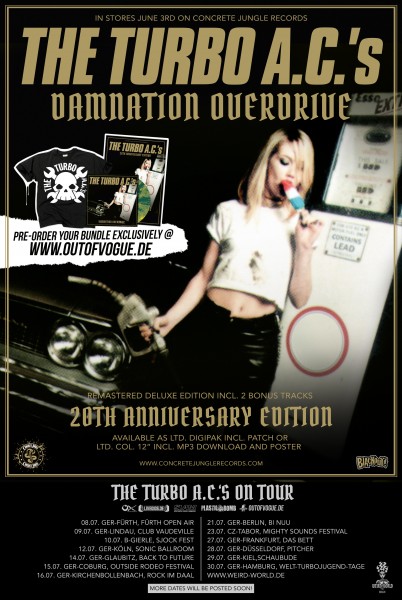 This July, THE TURBO A.C.'s will tour in Europe again.
www.facebook.com/turboacs