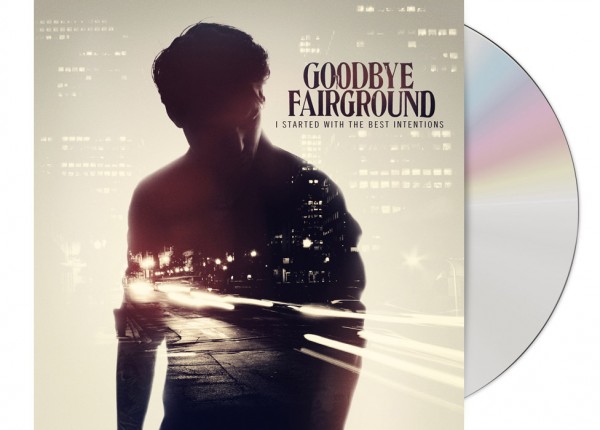 Please clear the stage for Concrete Jungle Records' new hope in the matter of good modern Indierock. GOODBYE FAIRGROUND from Essen is a young, exciting band playing a great mix of Indie, Punk and Rock. Mix together AGAINST ME!, THE GASLIGHT ANTHEM and a bit of THE FUTUREHEADS and you'll get GOODBYE FAIRGROUND! Since the release of their debut album, they have played tons of shows in various parts of Europe and have shared the stage with renowned bands such as The Menzingers, The Bronx / Mariachi El Bronx, Leatherface, Pascow, Murder By Death, Cheap Girls, Lemuria, Neon Piss and Bridge & Tunnel.

After another self-released and free available 4 track EP in 2011, Concrete Jungle Records finally presents GOODBYE FAIRGROUND's "I Started With The Best Intentions" including the recent single "Western Gold" (Out: Feb 8th, 2013 - 7" Vinyl / Digital Download). And not only the single will thrill nearly everybody in a stunning way - the whole album will cause people to make them sit up and take notice. Eleven brand new songs full of great anthems, melodies and passion. But not only because of the tunes this album is so exciting. Also the lyrics are well-conceived. A fictitious story about dreams and failures.