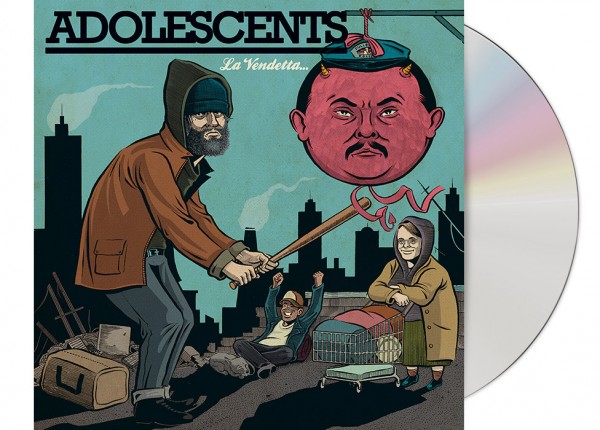 Finally since 2011 the band has been more productive than ever. After their successful album from 2011 „The Fastest Kid Alive“, their great EP „American Dogs in Europe“ in 2012 and the current full length album from 2013 „Presumed Insolent“, the band is now going to release a new studio album on Concrete Jungle Records again! In July 2014 ADOLESCENTS will present „La Vendetta“, which shows once again why this group is one of the best American Punk bands these days. Songs as „A Dish Best Served Cold“, „Nothing Left to Say“ or „Let It Go“ are unique anthems, only ADOLESCENTS are able to write. 16 great new punk rock tracks combining the old and the new.