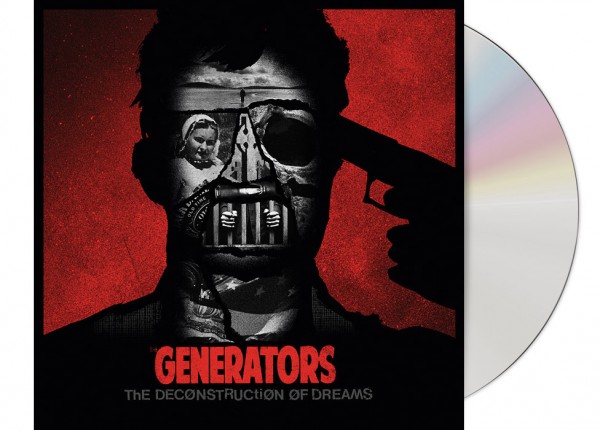 THE GENERATORS presents their new EP „The Deconstruction Of Dreams“ including 4 brand new songs and 2 live songs.

The story actually goes way back to the late eighties when vocalist Doug „Dagger“ Kane, and drummer Dirty Ernie Berru were pounding the pavement with their prior band SCHLEPROCK. The 2 seasoned veterans stayed out touring for eight long years and took the project as far as they could, by crossing over 3 continents, and selling over 100.000 records. They found themselves picked up by Warner Brothers Records, and smeared all over the national radio and MTV. In early 1997 internal struggles emerged within the band, and Kane, and Berru left the project behind due to creative differences. What turned out of all the insanity was even more insanity and THE GENERATORS were conceived.