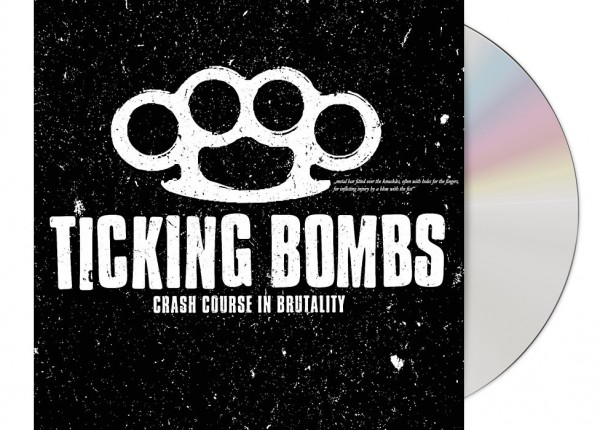 Please welcome the Swedish band TICKING BOMBS! The story of this band started in the beginning of the year 2000. Even though they couldn‘t really handle their instruments at that time the 5 friends started to play Punkrock to escape Fagersta‘s boredom. Despite those initial difficulties they never lost the fun and passion and jumped off late 2001. They played tons of shows and managed several tours on their own among Sweden, Finland, Germany, Italy, Switzerland, Austria, Czech Republic and even traveled a few times through Japan. Of course they also produced and released their 3 records on their own what proves how passionated these guys are.

9 years after they had founded the band, TICKING BOMBS decided to record their 4th full length album with Niklas Källgren at Millencolin‘s legendary Soundlab Studio in Örebro. And the result of these 11 tracks is more than just amazing. Every song abounds of power and energy. Looking for ballads? No chance! This is D.O.A., FEAR as well as PETER PAN SPEEDROCK mixed up with typical Swedish streetpunkstyle just as VOICE OF A GENERATION used to play years ago. One could also describe it as highspeed BOMBSHELL ROCKS. The lyrics are about stories of their own lives and social environment. Crises, tragedies, violence, monotony. You see... Sweden is not just about IKEA and midsummer.

„Crash Course In Brutality“ definitely is the best and most matured TICKING BOMBS‘ album and we‘re very happy, that after all these years on their own initiative, the band now decided to open up to a label. Quite natural that Concrete Jungle Records is proud to be the chosen one who was elected to release this ticking bomb. Tick, tock, tick, ... Get it now!